Fall in Love with Barley: A Sneak Peak at the International Centre’s Autumn and Winter Menus 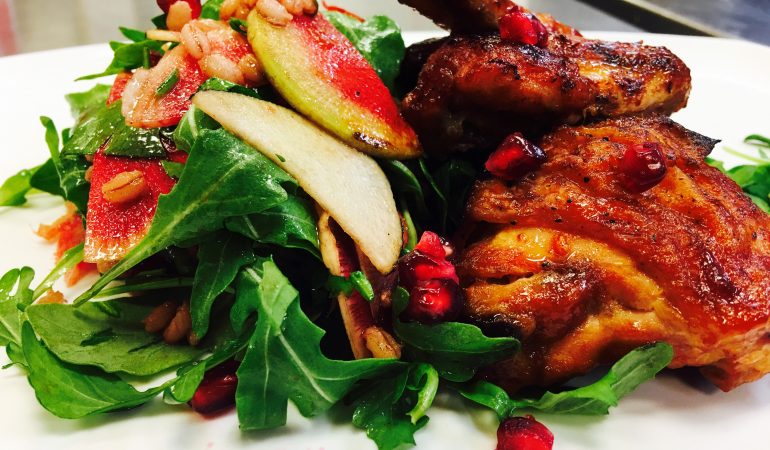 The International Centre’s Executive Chef, Tawfik Shehata, is boldly passionate about food. Even after more than 20 years in the field he continues to be inspired by ingredients and healthy eating. “We take pride in the food we serve—period,” he said. “At every opportunity, we want healthy options and our menus reflect this.”

At the International Centre’s restaurant, the Craft Eatery, Shehata certainly works hard to tempt guests with a broad selection of healthy menu offerings. That is where barley fits in. Packed with multiple of health benefits including vitamins, minerals and fibre—which can help you feel fuller for longer, balance blood sugar levels, promote digestive health and reduce the risk of heart disease—barley is the perfect ingredient for healthy and delicious meals.

Like many Canadians, Shehata’s first experience with this superfood was in beef and barley soup. “[It] is sort of a comfort food…and it is very healthy,” said Shehata. “Having beef barley soup when I was younger is certainly one of those very homey memories.” Yet that’s often where the relationship with barley ends, its versatility remaining untapped.

“I find that in a lot of peoples’ minds, beef and barley is one ingredient. You don’t really separate [barley] out,” he continued. This fall and winter, Craft Eatery won’t feature your standard beef and barley soup on its menus. Instead, you’ll see a unique selection of barley-inspired items including soups and sides. One such item is a turkey and barley avgolemono soup, which Shehata said is similar to chicken noodle. But unlike chicken noodle, avgolemono is a traditional Mediterranean soup with a velvety broth made with lemon juice and eggs.

But if Shehata has anything to say about barley—aside from noting it’s Canadian—it would be that there are more uses for it beyond soup. “Barley is earthy, nutty, it has a great texture [and] a good chew,” he said. Which is why barley will also be featured in a selection of seasonal salads, including a vegetarian option made with barley, corn, pecans and fresh mint. In the winter it will be switched out for a heartier, ‘stick to the ribs’ salad made with barley, radishes, arugula, barbeque chicken and pomegranate seeds.

Also joining the menu will be a grilled salmon paired with a roasted squash and barley side seasoned with cinnamon and nutmeg and topped with dried cranberries. If these meals whet your palate, Shehata’s plan to entice people to eat healthy has worked.

He explained that these unique flavour combinations are “just a subtle way that I can get people to eat whole grains.” For these meals and more be sure to visit the Craft Eatery at the International Centre, 6900 Airport Rd, Mississauga, ON L4V 1E8.