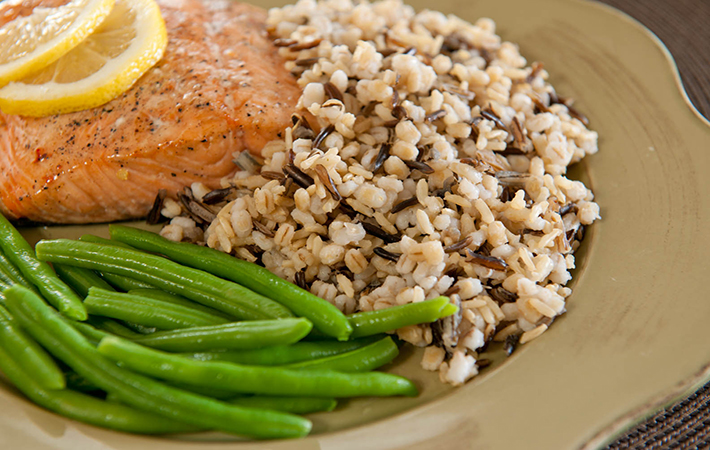 To grow or not to grow? As questions go, it’s less eloquent than the line from Hamlet, but to potential producers and consumers of organic barley, far more relevant. And like a Shakespeare play, finding the answer involves high stakes, a cast of characters and numerous plot twists.

It’s actually several questions in one.

What does “organic” really mean?

People think they can define it. Until you ask them to.

Of course, it depends on who you ask. David Hobson, Prairie regional coordinator of the Bauta Family Initiative on Canadian Seed Security for Organic Alberta, has coordinated research trials at several organic farms.

“’Organic’ is an ecological method of agricultural production that respects the natural environment,” said Hobson. “Organics focuses on enhancing the health and vitality of the soil, preserving biodiversity, promoting animal welfare and preserving the ecological integrity of our environment.”

Where does organic barley come from?

“Organic barley producers must meet several requirements and be certified by one of a dozen organizations,” said Hobson. While most people associate organic barley with an absence of pesticides, synthetic fertilizers and GMOs (genetically modified organisms), Hobson said there’s more to it. “It’s a whole different process and culture of growing food, with different rotations, cultivation techniques and seeding rates.”

Some say the seeds of successful organic barley production lie in the breeding, according to Aaron Beattie, PhD, Barley Council of Canada director and barley breeder. “There’s a school of thought that to produce organic grain, it must first be organically bred.” While there are differing views, “some believe that certain crops like wheat and barley may benefit from organic breeding.”

“The demand is strong and growing,” said Hobson. “Alberta had 98 organic barley producers in 2012 with 13,000 acres, increasing to 102 producers in 2013. That doesn’t meet the demand, and the result is premium prices for the seller.”

In May of 2014, feed grain organic barley sold for $9.41/bushel, up from $7.50/bushel in January. By comparison, conventional barley was selling for $3.27/bushel (according to OrganicAlberta.org).

While the majority of organic barley is sold for feed, the demand among consumers is also rising.

Seattle-based PCC Natural Markets, the largest consumer-owned food co-operative in the United States with over 49,000 members, sells organic barley in bulk, including hulless, pearled and organic rolled barley flakes. “It’s also an ingredient in several of our organic cereal and bread products as well as in snack foods,” said Scott Owen, a grocery merchandiser for PCC.

Closer to home, Market 17 in Calgary buys organic barley in bulk and repackages it for customers. According to co-manager Alison Gilroy,“people feel that consuming food with chemicals defeats the purpose of healthy eating.” She said organic barley is popular in winter for soups and stews, and is in great demand for baby food. “Parents want their children to be pure from an early age.”

Where can you purchase organic barley?

With the variety of uses for organic barley, the future looks bright.

“Most major stores have organic aisles now, and meat like pork, beef and chicken must use organic feed to be sold as such,” said Beattie. “I also see growth potential for organic malting barley with smaller local brewers. It becomes part of their story in putting a face to the raw ingredients, and offers health benefits to boot.”

For exploring the organic barley business, Organic Alberta is a great place to start. The organization has information on all aspects of the industry and is working on a program to support producers in their transition to organic farming.

To grow or not to grow? For producers, it’s a question of weighing the unique demands of organic production against the greater potential revenue, while consumers need to ask themselves if the added cost is worth the benefits. Then again, as the producer from central Alberta put it, “if you can make a living and feed your family while ‘doing the right thing,’ why wouldn’t you?”