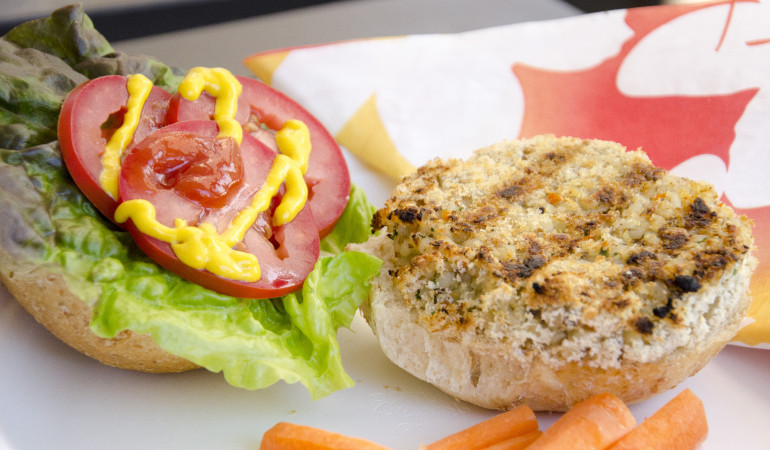 As a big fan of beef and barley, I was intrigued by—and a little unsure of—this recipe for a Mushroom Barley Burger. But after tasting it I was hooked, and I can hardly wait to serve it to my vegetarian niece. The texture of the barley holds the burger together, and frying it gives it a nice crisp outside. I cooked it on the grill, and it worked out with nice sear marks on the outside and a great fresh flavour. In the future, I might spray the outside with oil prior to placing it on a greased grill, which I think could give it similar crispness to frying in in a skillet.

What I really liked about the recipe was the added lemon zest. The preparation of this dish can be done in steps—cook your barley up to two or three days ahead of time, and have it waiting in the fridge for the rest of the ingredients. When the mushroom mixture is warm and added to the barley it adds enough heat to process the barley perfectly. Shape the burgers and coat them with the breadcrumbs, then store them in the fridge until cooking time.

This is a great addition to any summer party and will be enjoyed by meat eaters and vegetarians alike.