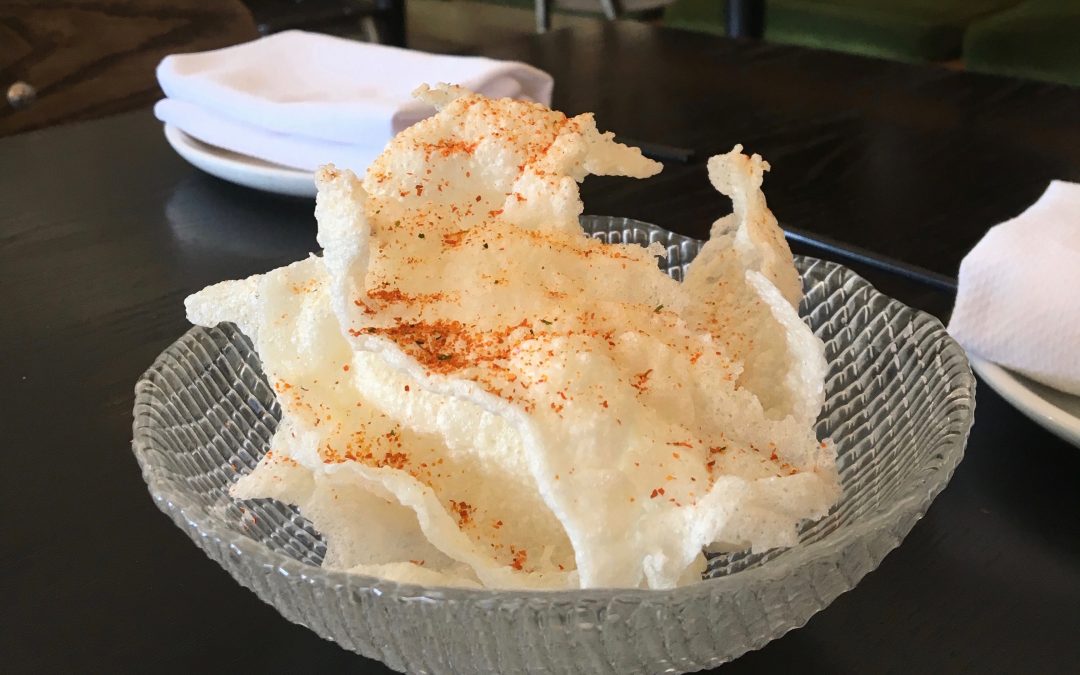 The chef and owner of the Korean tapas restaurant Anju incorporates barley into his menu and his creativity demonstrates how malleable and versatile the grain can be. For most people, barley is typically the perfect accompaniment to beef in a steaming pot of soup. But there’s more to this versatile grain than sitting in a soup. Just ask Roy Oh, the chef and owner of Anju, a Korean tapas restaurant in Calgary.

Oh says barley is most commonly enjoyed as a tea in many Asian cultures, including Korea, and is boiled to bring out the nutty flavour in a hurry. At Anju, patrons can order steeped barley, which represents a more mild, yet earthy and replenishing feeling, than its boiled counterpart. This past year, Oh and his Anju staff participated in Engineered Eats during Beakerhead, Calgary’s annual art, science and engineering festival, to create a uniquely Korean dish involving barley, but with a twist.

“We made boricha [Korean barley tea] infused puffed nurungji [crispy rice] with soon dubu [spicy seafood and soft tofu stew] dust,” he says. Oh explains that nurungji is customarily made in a stone pot. “First, we boiled the barley tea for seven minutes, then poured it over the nurungji, which we made by roasting cooked rice. We then pureed this mixture until it was silky smooth,” says Oh. That’s a lot of steps and a testament to how malleable barley is in the kitchen. The final part of Oh’s process was to take that puree, de-hydrate it into sheets, deep fry the sheets into puffs and finally dust them with the soon dubu powder. “It turned out really well and it was cool to take barley into a new, fun direction,” says Oh.

The benefits of adding barley to the restaurant’s menu

As a chef, Oh appreciates that there is plenty of local barley available and likes the direct connection to the ancient grain. “Any chance we get we love to support the local industries is positive, because we’re being a little easier on the environment and we’re helping the provincial economy. We’re keeping the dollars here and supporting our farmers,” says Oh. In addition, he says barley is very easy to cook with — and its versatility means it can be used in a number of ways — and everyone should give it a try. “I think it’s definitely something that should be explored more,” says Oh.