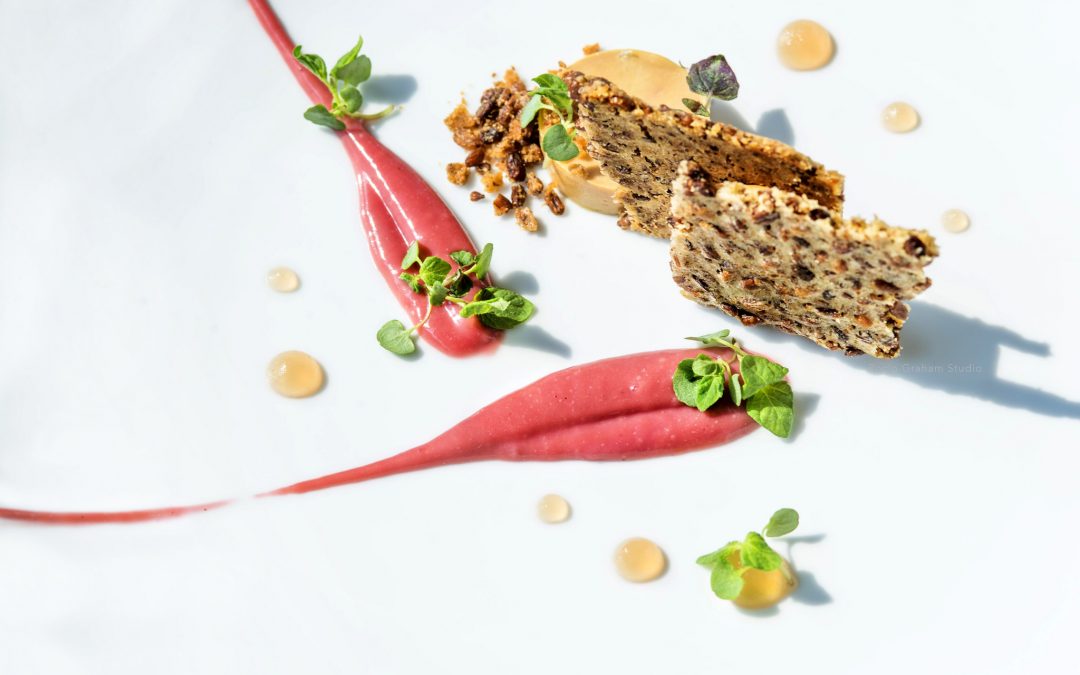 Chef Daniel Pizarro of Avec Bistro and Provision proves that the very-Canadian grain can be well-incorporated into French dishes. They say it’s good to cook with emotion. If that’s the case, consider Daniel Pizarro is a master chef. He was taught how to cultivate culinary creations at the Ferrandi cooking school in the heart of Paris and his kitchen prowess has allowed him to work in three-star Michelin restaurants.

Today, Pizarro serves as executive chef at both Avec Bistro and Provision restaurants in Calgary. It should also come as no surprise that when tasked with creating a barley-based dish for the Engineered Eats event at Beakerhead, Calgary’s annual art, science and
engineering festival this past fall, Pizarro began to employ many of his European cooking tenets.

For the French restaurant Avec Bistro’s menu, he created foie gras and bacon barley crisps and leveraged Alberta’s booming craft beer scene to augment the dish with a unique beer gel, made from Tool Shed Brewery’s Red Rage ale. The Red Rage ale served so well as a gel that it was natural to pair the entire dish with the actual ale to wash it all down. The smooth texture of the foie gras combined with barley’s trademark crunchy and nutty texture was well received by patrons.

“Smoky bacon goes really well with barley and being a French bistro, we are known for our foie gras,” he says. “All of my dishes have a change in texture and this plays really nice for a mouth feel. On top of that, each dish I make combines savory, sweet and acidity to the mix.” The barley Pizarro used was quick cooking barley from Edmonton-based GoBarley product partner Snappy Grains. Pizarro says they worked well while being toasted and served as a great replacement for his typical oats he uses in the crisps.

Pizarro says barley is a good option because of the low cost. “The price point makes barley more accessible,” he says. “Barley was kind of forgotten about a little bit, but now we have people bringing it back, and I think the price is a factor in that, not to mention it’s a great local grain.” Pizarro adds that there has been a shift in the culinary world to also include more nuts and seeds. “Anything I can get that’s local, whether it’s a grain or meat or anything else, I will,” says Pizarro.