Using Barley In Desserts: 3 Pastry Chefs That Get It Right 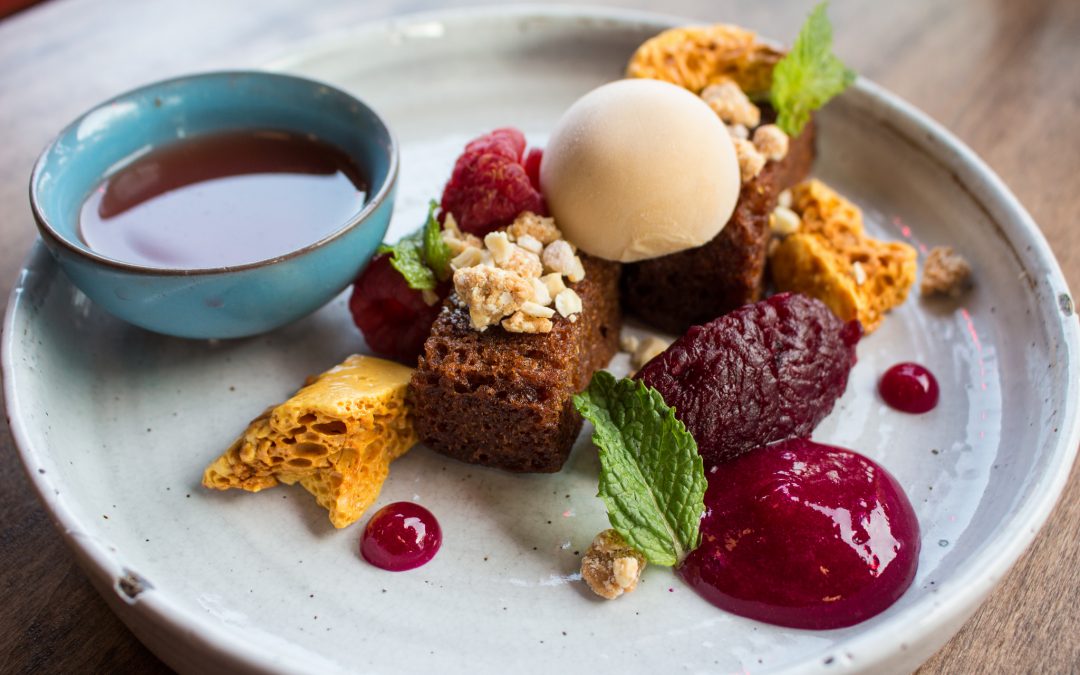 Barley is a versatile ingredient that shouldn’t be limited to chefs’ savoury menus. In fact, the nutrient-rich grain can add flavour and complexity to a variety of desserts. From ice cream to cakes to sponge, chefs prove that barley can be a sweet addition to the dessert menu too.m Here, three chefs share how they experimented with the grain to make desserts that diners loved. These chefs also share tips for creating great barley dishes and why barley should be an ingredient that appears on more dessert menus.

Chef Jennifer Head created a dessert that centres around caffè d’orzo, a barley coffee often used in Italy. It tastes similar to coffee, yet it has no caffeine.

Head’s dessert is made up of number of items that include barley or barley products. “I used a dark malt syrup in the chocolate mousse by incorporating it with the cream while it was whipping,” says Head. “I have a crumble with barley flour that is essentially a chocolate tart dough — I replaced some of the all-purpose flour with a rough-milled barley flour as I wanted a rougher texture for that part of the dessert.”

Head adds that the cake is a chocolate sponge cake made with the caffè d’orzo, or barley coffee, which she made by brewing ground roasted barley kernels in water and then straining it through a coffee filter. Head believes more pastry chefs should consider incorporating barley in their dessert menus. “Barley makes a very good winter dessert: I’ve used it before in chocolate desserts and it really helps to round out the flavour, bringing a little earthiness and texture,” says Head.

While Head created the dish for Beakerhead’s Engineered Eats event in September 2017, the dessert was such a hit with customers that it remained on the menu throughout the winter and into the spring. When fall returns, Head says she will likely return to using barley in her desserts.

“Barley flour tends to be tougher and absorb a different amount of water than wheat flour. In this dessert, I used it in the crumble because I wanted a strong textural component on the plate.”

Before the Engineered Eats challenge in September 2017, Zielke had worked with barley numerous times in his restaurants, yet never to create a dessert. For him, the nutritional value of barley alone was enough to get him rethinking how it could be used outside of the savoury world.

He created this dessert for Brasserie Kensington specifically for Beakerhead 2017, and while it isn’t currently on his menu, he says desserts with barley will definitely resurface again. He says this dessert had a mild barley flavour that blended nicely with the chocolate and beer. And it was easy to execute — while he used a little all-purpose flour, mostly barley flour was used for the cake element of the dish. “We were all actually quite surprised with the amount of rise we achieved with the cake, as we thought the barley flour would weigh it down slightly,” says Zielke. “Then, the malted ice cream was a simple build as well. Making the ice cream base involved steeping toasted barley in the cream and adding malted barley powder.”

Zielke explains that adding barley to the ice cream provided a savoury finish to the dish, adding depth and pairing perfectly with the stout in the recipe. 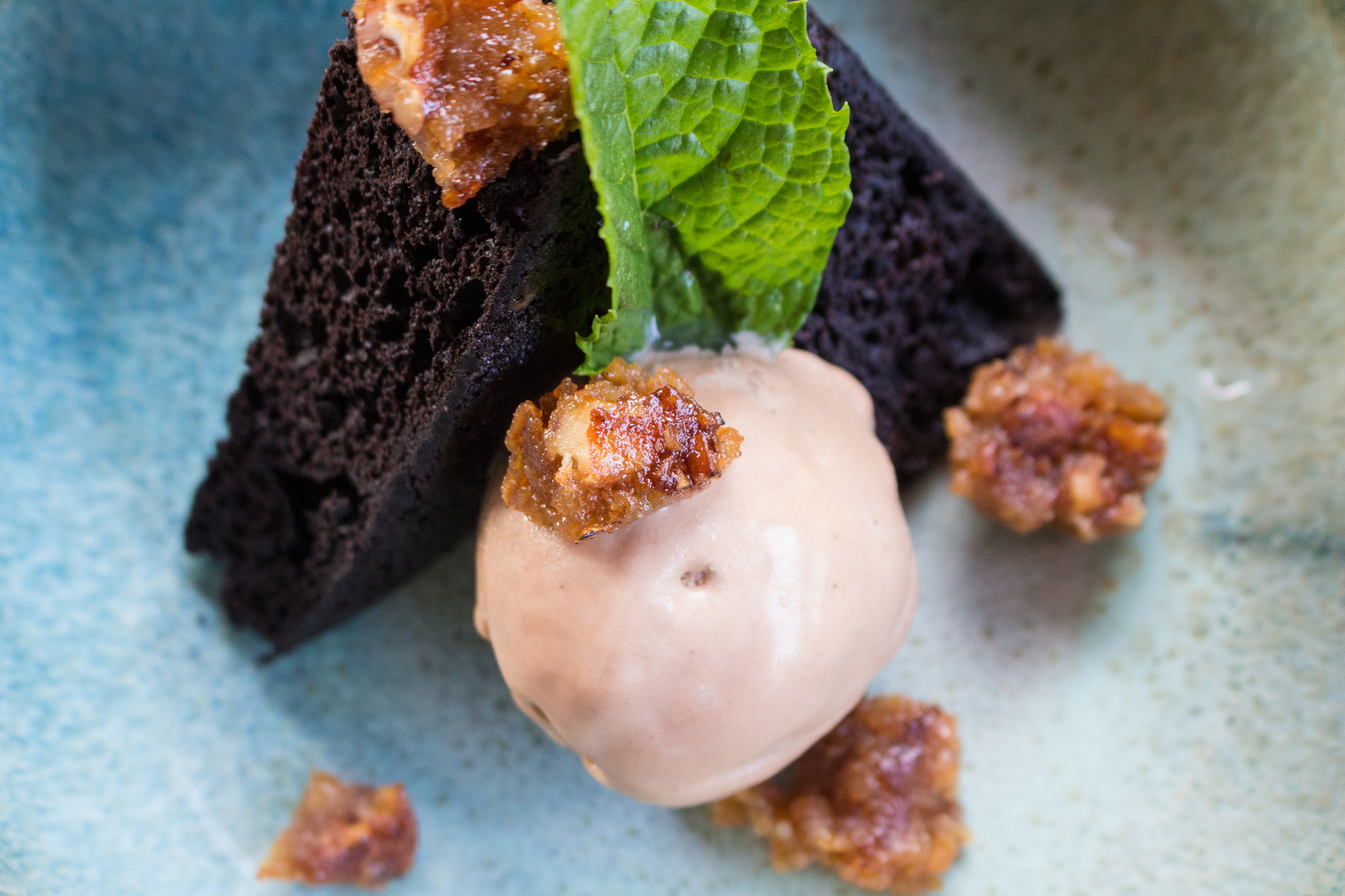 “Barley is a grain and grains are typically neutral in flavour. Anything neutral can easily be turned into a dessert with some research and skill.”

Chef Mario Spina incorporates barley in his desserts by using malted barley. One form of malt — diastatic malt — has enzymes that will break starch down into sugar. Then, chefs can use the sugars in their desserts.

No matter what season it is, dessert-lovers will always be able to get a malted shake at Burger 320. Here, all of the gelato is made-in-house including the malted milk gelato used for this shake. According to Spina, the process is straightforward.

“We roast the barley stalks to bring out the sweetness of the barley and then steam it with organic milk,” says Spina. “Then the milk is ready to be made into gelato.”

Spina says chefs should be aware of certain preparation tips that make the malted gelato perfect. By putting the steamed barley milk in the fridge overnight, the barley flavour will be enhanced. Spina adds, “When working with malt, take 20% of the sugar out from the recipe to compensate for the sweetness of the barley.”

“Try, try, and try again. Using barley in a dessert will be worth the effort. Balancing the sugar is the key.”