The Barley Balance: Heat up Your Winter with Three Spicy Barley Recipes 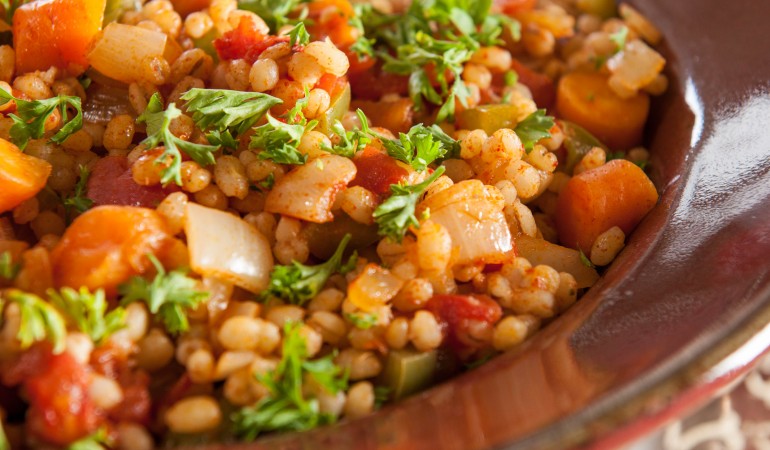 Are you ready to spice things up this month? The cold weather and darker days of winter can affect our mood, appetite and energy levels. This calls for turning up the heat (and I’m not just talking about Valentine’s Day). It’s the perfect time to add recipes inspired by energizing flavours from warmer climates to your menu. Let’s explore three GoBarley recipes to spice up your February.

Asian cuisines have become mainstream over the past decade and there are no signs of this trend slowing down. This simplified version of pho (pronounced “fuh”), the famous Vietnamese soup, is flavourful and nourishing. It’s traditionally consumed at breakfast or lunch and is also known for being Vietnam’s favourite cold remedy.

Barley is substituted for vermicelli noodles and a ready-made chicken broth is used instead of homemade. The star anise, cloves, coriander seeds, cinnamon and sriracha sauce give this recipe the authentic pho flavour.

Jane’s Meal Planning Tip
I often double this soup recipe, then freeze the extra in ready to heat glass containers. 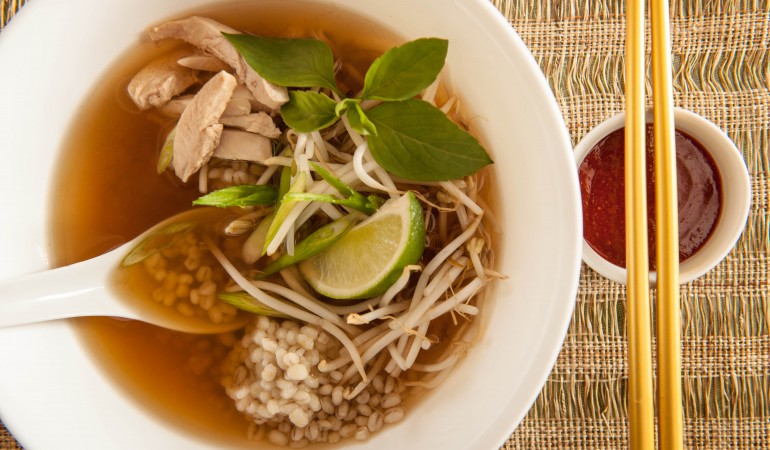 Paprika and parsley, two seasonings often found in Spanish foods, add flavour and colour to this side dish. Paprika is full of antioxidants including carotenoids which are responsible for its deep red colour, plus lutein and zeaxanthin which promote eye health. Spanish garlic amps up the flavour in this easy one pot meal. Paired with barley, onions, carrots and sweet pepper, these spices combine to create a delicious side dish that goes great with the pork, or chicken. Olé to spicing up your menu!

Jane’s Meal Planning Tip
Cut the onion, carrot and green pepper into small pieces to cook along with the barley. 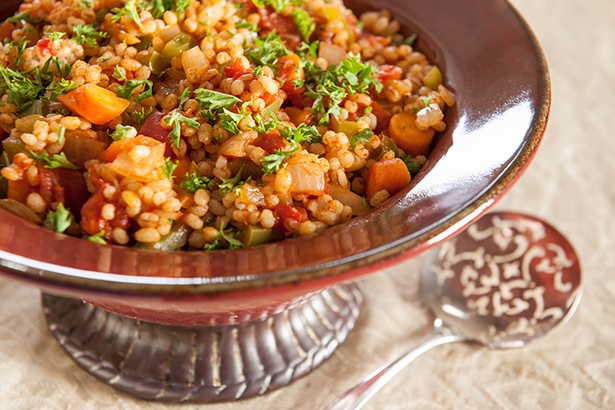 This is an easy recipe that can be made in a dutch oven, deep skillet or slow cooker. Depending on your tolerance for spice you can add a little or a lot of the Thai red curry paste to this dish. Thai curry paste is sold at most grocery stores in the Asian or sauce section. The recipe also calls for lemongrass, which is an herb found at most large supermarkets and light coconut—a staple in Thai cooking. Barley absorbs the aromatic flavours and heat from the sauce, making this one dish meal a spicy supper on a cold evening!

Jane’s Meal Planning Tip
I reduce the total sodium in this recipe by replacing the 3 ½ C (900mL) of chicken broth with low-sodium chicken broth.

Final Thought
Choosing nutritious, spicy foods to invigorate your mind and body will keep you energized all day long, especially during the winter months. Have fun heating up your recipe repertoire with these GoBarley dishes and let me know which one is your favourite. 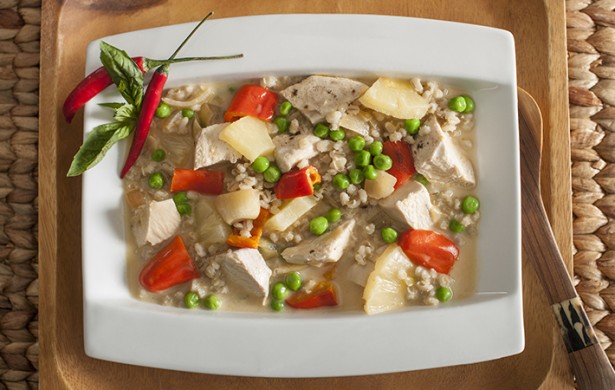