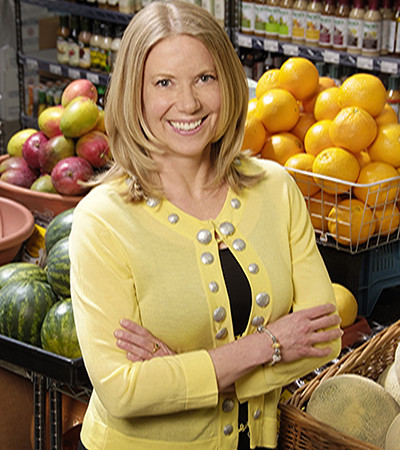 “Antioxidants” is one of the most popular nutrition buzzwords today. And for good reason: antioxidants combat oxidative stress, which is a factor in inflammation, aging and certain diseases including cancer. When you think of barley, do you think of antioxidants? You should—barley is an important source of vitamins, minerals and, yes, antioxidants (1). This is just one more reason to get excited about that homegrown super grain with a big nutritional impact!

Along with cocoa, berries and turmeric, barley gives you an added wellness hit of antioxidants.

A study published in 2012 concluded that the antioxidant-rich beta-glucans in barley can enhance health by decreasing the oxidative activity in the body (2). This is great news for all forms of barley (including barley flour) because the beta-glucan is found throughout the kernel.
Earlier research identified that phenolic extracts from barley—including ferulic acid from the whole barley kernel—had high antioxidant potential to inhibit LDL (bad) cholesterol oxidation and slow the growth of cancer cells (3).
Meal Planning Tips for 3 Antioxidant-Rich Go Barley Recipes

Let’s fight oxidative stress with barley and other high-antioxidant foods. Here are three delicious Go Barley recipes that will boost the antioxidant power of your meals.

Who doesn’t love a delicious summer dessert? The raspberry-rhubarb cobbler has a triple dose of antioxidants from the raspberries, rhubarb and whole barley flour. Add it to your next backyard barbecue and serve it with a scoop of chilled plain Greek yogurt instead of ice cream.
I can’t get enough of summer salads when the warm weather makes my back deck the perfect dining retreat. The black bean barley salad is a great vegetarian main or can be a scrumptious side for kebobs. The black beans, yellow pepper and cherry tomatoes, plus the whole barley, create an antioxidant paradise on the plate. This salad is easy to make ahead for the summer weeknight potluck (on the deck!).
The wild rice, barley and fruit salad—a favourite of mine—makes a tasty side dish with grilled fish and is easy to make ahead. Pecans, whole barley and fruit punch up the antioxidant levels in this visually stunning medley. I recommend using low-sodium vegetable stock to cook the barley.
Antioxidant-Rich Barley Bottom Line

Barley, along with a well-balanced diet, a fitness program and getting restful sleep, plus adding other antioxidant-rich foods to your meals, will help you combat oxidative stress. This lifestyle recipe will promote brain, immune system and heart health, helping to reduce your risk of early aging, inflammation and cancer.