A Renowned Chef’s Take On Barley

In a growing economy, chefs are beginning to have a greater appreciation for what is available in their own backyards. There is an increasing desire to use “local” ingredients in unique and creative ways.

As Canadians, we are blessed with some of the most fertile farmland in the world. We grow a large variety of crops in sizeable quantities. Barley is an important Canadian crop that deserves culinary acclaim.

A bit of history

Barley has a history as rich as its nutritional value and consumers are now recognizing its health benefits. Barley was prevalent in the Middle East and the Mediterranean throughout history. Remains have been found on agricultural sites at the southern end of the Sea of Galilee dated back to about 8500 Before Christ (BC). By the year 4200 BC, domesticated barley was found as far East as Finland (1).

As a major grain for both the Egyptians and Hebrews, it’s not surprising that barley is mentioned in both the Old and the New Testament. The “five loaves” fed to five thousand people by Jesus were actually loaves of barley bread. It was also one of the “Seven Species” of crops that were to be found in the Promised Land (1).

Barley was also the food of the Roman Gladiators who were referred to as hordearii or “barley men” (2). These warriors believed that barley bread gave them more strength and stamina compared with that other foods. The Islamic prophet Muhammad prescribed barley, which was called talbina, for the healing of seven different diseases (3).

Don’t be fooled, barley was not just used for food. Beer is probably the earliest alcoholic drink developed by our ancestors. In the Middle Ages, Sumerian women were the original brew masters and created about eight different kinds of barley ale that they sold from their homes (5). Barley was brought to Canada in the early 17th century by European colonists and the first brewery to use barley malt was built in 1668 in Quebec City (6). Barley has been a fundamental Canadian crop ever since.

The major Canadian growing areas for barley are Alberta, Manitoba, and Saskatchewan (7). Canada produces around 8 million tonnes of barley each year including malt and feed varieties. We are the fourth largest barley producer in the world (8). Barley is the second most widely grown cereal crop in Canada next to wheat (9). Of the barley grown, the majority is malting barley (65%), followed by feed barley (34.8%) and a small percentage is food barley (0.2%).

“Based on its versatility and nutritional properties, we should be consuming much more than we do. The hope is by getting more people to understand the different types of barley ingredients that are available and their versatility barley can become a larger part of our culinary vernacular.”

A chef’s discovery of barley

“My personal (re)introduction to the versatility of barley was just over two years ago when I was asked to contribute a menu item to The Taste of Canada Cookbook Awards. Alberta Barley and Willowgrove Hill Pork generously provided product and financial support. Since necessity is mother of invention (and I am frugal with other peoples’ money), I made a barley cake with milk-braised pork shoulder (find the recipe here). It was so well received that the barley cake is now a permanent fixture on my menu!”

The following year I was asked to participate again with the same sponsors. I wanted to showcase the adaptability of the grain so I made a barley fettuccini, which unlike many pastas that are essentially a tasteless vehicle for a sauce, the barley lent a fantastic earthy, nutty flavour and the “al dente” texture that I was looking for.

If I am fortunate enough to be asked again and am considering developing a barley version of my Southern Grits. I, as most chefs’, love an ingredient with great versatility—something that adds a unique twist and enhances the dish. I have started experimenting with flakes in cookies and muffins (of course using barley flour as well). I am interested in experimenting with a sprouted barley risotto. I’m quite sure my options are endless.

With little thought I have moved past the ubiquitous beef barley soup. Equally important to the creative flexibility is that in each instance I am making a substitution that is healthier and supports the Canadian economy, so everybody wins!”

Hulless or “Naked” Barley: The outer hull is only loosely attached to the kernel and is removed during harvesting.

Barley Grits or Cracked Barley: Barley kernels that have been cut into smaller pieces. Since barley can be traced back to Northern Africa and the Middle East, using cooked barley grits as a substitute for the cracked wheat traditionally used in Tabbouleh seems like a logical, historical and healthy change.

Barley Flakes: Flakes are produced when barley kernels are steamed, rolled and dried again similar to rolled oats. An easy way to start your day off would be a simple substitution of barley flakes for oats. Flakes or flour can also be added to pancakes. Barley grits and flakes are both made using hulled or naked barley which are whole grains, adding substantially more nutritional value than refined grains.

Pearl Barley: Pearls are produced when the outer layers of the barley kernels are removed by abrasion a process referred to as pearling. Because the outer layers of the kernel are removed to produce a whiter product, pearl barley is not considered a whole grain. Pearl barley still contains high levels of nutrients including the insoluble fibre, beta-glucan known to have significant health benefits. The cooking time of pearl barley is much faster than whole grain barley.

Pot or “Scotch” Barley: Pot barley is also produced by pearling but for a shorter period of time compared to pearl barley. Pot barley retains more of its outer layers than pearl barley and is not as white. Both pearl and pot barley can be used interchangeably. Pot barley gets its name from the fact that in old Scottish times it was simmering in a pot on the stove. The earthy, chewiness of barley complements the sweetness of beets and the tartness of goat cheese. Try combining them into a salad with a simple vinaigrette.

Quick Pearl Barley: This type of barley is produced by partially cooking pearl barley and then drying. This process shortens the final cooking time of the barley. This product is not as widely available as pearl or pot barley. Drizzled with some Canadian Birch or Maple Syrup, pearl or pot barley is a perfect start to a healthy day.

Sprouted Barley: is made from whole (un-hulled) grains that are soaked, rinsed, and laid out on a perforated tray to sprout. They are rinsed daily until they sprout, usually in about three days. If you are sprouting your own make sure to follow all safety precautions, as the moist environment can be a breeding ground for bacteria. All sprouted grains should be cooked.

Barley flour: Barley flour contains some gluten and is generally mixed with wheat flour to allow for a desired rise in baking applications. Barley flour has a mild, but very slight nutty flavor that complements both regular and whole grain flours. You can substitute 1/2 of the wheat flour with barley flour without compromising the texture of the baked good (with the exception of very delicate/sensitive baked goods, like angel food cake, that rely on the presence of a precise amount of wheat flour to work well). In fact, because it has a lower gluten content, it can actually help to tenderize baked goods while still lending enough gluten to the recipe to allow it to rise properly. When compared to regular all-purpose flour, there are many nutritional benefits to barley. It has slightly fewer calories and more than 4 times the fibre of all-purpose flour. It also has slightly more fibre than whole wheat flour. The fibre in barley is mainly soluble fibre which means that it may be necessary to add more liquid to recipes using barley flour and more mixing time may be required to ensure proper hydration of ingredients.

One cup of raw barley will yield approximately 3 ½ cups cooked. To cook, combine 1 cup barley with three and a half cups of broth or water, bring to a boil, cover and reduce heat to a gentle simmer. Pearl barley will take about 45 minutes, hulled will take about 1 ½ hours. Because hulled barley retains most of its outer layers compared to pearl barley it tends to have a pleasant, chewy texture.

n baking, precise measurements are essential to achieve the desired results. Fresh barley flour settles after a few days, meaning that its volume appears greater immediately after grinding than after it’s been sitting a while. Therefore, to accurately measure barley flour for a recipe allow it a few days to settle. Otherwise, you may not have enough flour in your recipe. One way to help barley flour settle faster is to tap the container firmly against the counter.

Tips for purchasing and storing barley

When purchasing barley, it should smell faintly sweet or have no smell at all. If it smells musty or oily, it is past its prime. There should be no signs of moisture or condensation on the packaging. Barley should be stored in an airtight container in a cool dark place. In hotter times of the year it should be stored in the refrigerator.

“The versatility of barley is quite amazing. We can use it in tea or soup, as a breakfast cereal or in porridge, as a side dish or salad, as a stand-alone main course and even to provide a healthy boost to sweets (11). And this is just the tip of the iceberg! With the abundance of creative chefs with varied cultural backgrounds, the options are truly endless. “

“As chefs we have a passion to be true to our craft, but this passion should also extend to understanding what our great country has to offer and what our support means to the economy. In this particular situation we are very lucky. Barley is a healthy product that we can feel good about cooking and with each serving comes a great patriotism. Consuming whole grains, especially grains with high nutritional value such as barley, is a step back in history and a leap forward in healthy eating”. 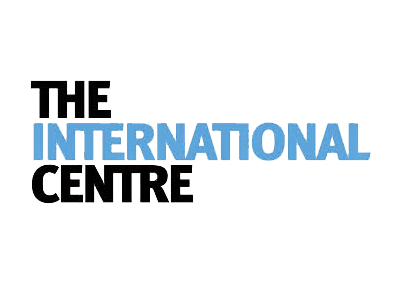 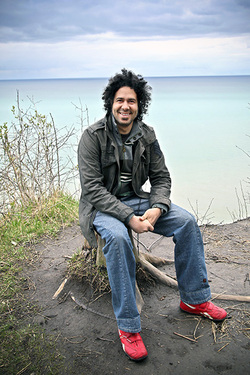 “Armed with a greater understanding of the variety of forms available, and the myriad of uses, I feel that chefs’ will be more than satisfied in including this diverse grain in their culinary repertoire”.

Born in Egypt and raised in Canada, Chef Tawfik’s interest in a culinary career began with his mother’s passion for food. He began his education at the Cordon Bleu in Ottawa and then undertook an apprenticeship at Scaramouche in Toronto while completing the Chef Apprentice Programme at George Brown College. Chef Tawfik brings over 20 years of professional culinary experience to his role at The International Centre in Toronto, Canada. Chef Tawfik acquired his broad culinary experience at many of the world’s finest establishments including Winston’s, Scaramouche, Auberge du Pommier, Truffles at The Four Seasons, Taboo and renowned resorts in Jamaica and Bermuda.

Voted one of the “Top Ten New Chefs in Canada” by enRoute Magazine and with appearances on numerous episodes of the Food Network Canada, CBC, and SUN TV, Chef Tawfik is at the forefront of today’s culinary experience. As a writer, teacher and spokesperson for Foodland Ontario, Chef Tawfik values sharing his passion for sustainable agriculture and his commitments to supporting local producers. Learn more at www.internationalcentre.com.