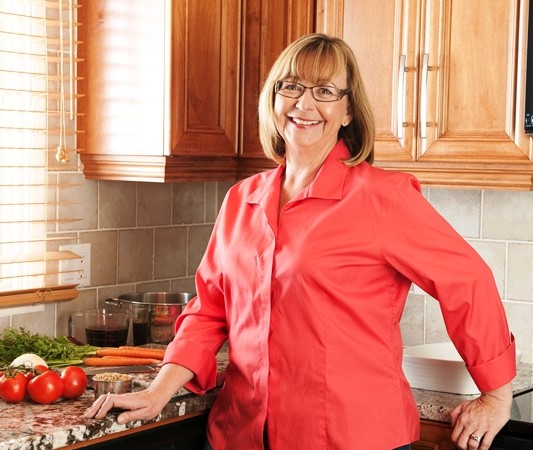 My day started off bright and early in Toronto. Things got underway quickly at the Merkato office where I met with Marilyn Smith to discuss Cityline and Breakfast Television appearances planned for April.

Marilyn will be appearing on Cityline on April 3, 2013 to help promote the wonderful benefits of barley. We should have a date finalized for Breakfast Television in Toronto soon.

At 9:30 a.m. on Monday morning, I hit the highway west to Kitchener. After I arrived, I began to prep for my cooking segment on Kitchener/Waterloo’s local CTV noon news.

I got on the air at 12:40 and did my five minute cooking segment with Nancy Richards. Nancy and I had a wonderful time. I showed her how to quickly prepare a tasty Black Bean Barley Salad. The salad has a very light, fresh, Mediterranean taste and is so easy to throw together. All of these ingredients are easily found at your local grocery store at any time of the year.

With the cooking demonstration completed, we discussed other meal options that included barley, many of which substituted barley for rice.